Create an Account - Increase your productivity, customize your experience, and engage in information you care about.

The Gulf Shores Library is open!

Free cards are available to:


Already Have a Card

Library Staff
Our friendly staff has many areas of expertise, and we look forward to assisting you with any questions you might have.  If you would like to call us, our number is 251-968-1176. 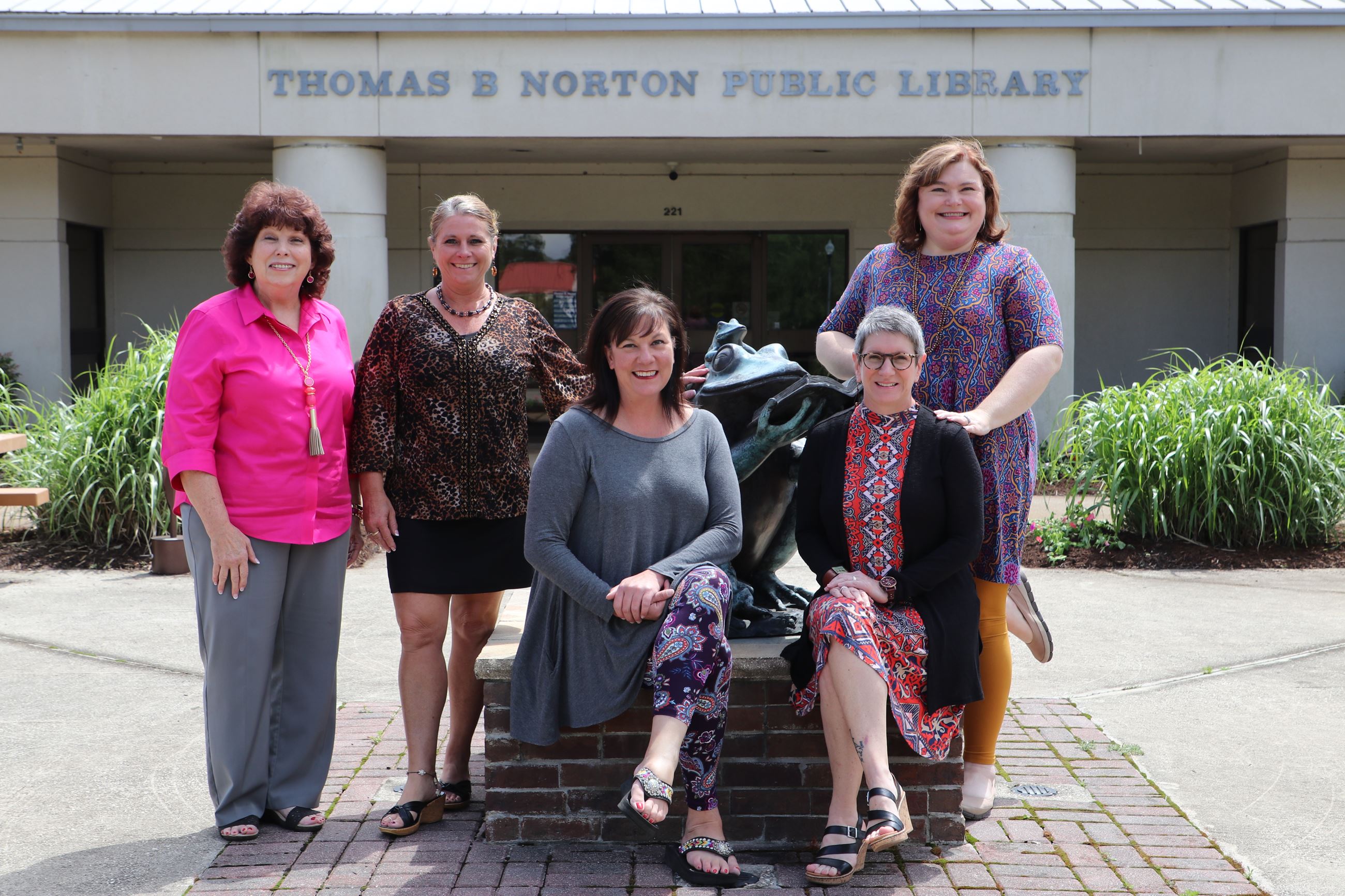 Library History
Beginning in the early 1950s, Gulf Shores citizens, with attention from the Gulf Shores Woman’s Club, began working toward the creation of a library for the city. Countless fundraisers later, the Thomas B. Norton Library is a thriving resource for residents and visitors alike. The facility is user friendly, with a wide array of programs and resources to help readers accomplish their objectives, whether it be research, schoolwork or reading for pleasure.

The Friends of the Library Club was instrumental in getting the library started. Through their efforts, funds were raised and money was allocated from the Baldwin County Library Fund. From those early days, the Library has grown and flourished and as modern technology has improved. Patrons now have remote access to the library’s tools and catalog, and the features are easy to use.

Today, Thomas B. Norton Library offers a wealth of technology, services, resources, and special programs, and we can assist you with any questions along the way.


Friends of the Library
The Friends of the Library Group was officially organized in 1972. Prior to the official formation of the club, members of the Gulf Shores Women’s Club worked diligently to secure a library for the city. They worked from 1953-1971 to raise funds, starting small with a swap of books program and building until 1964 when they qualified for $1000 of Baldwin County Library funds. In 1965, the Gulf Shores Library opened with 300 books.

For years, the Friends prepared and sold turkey dinners as a fundraising project. The money was used to purchase books, shelves, clocks and special materials. Different projects progressed from the turkey dinners to an annual dessert card party raffle.

Currently, the Friends host an ongoing book sale within the Library. They offer a variety of recent used books and magazines at very reasonable prices.

Annual membership dues for the Friends of the Library Club are currently set at $10.  For more information, please inquire at the library.